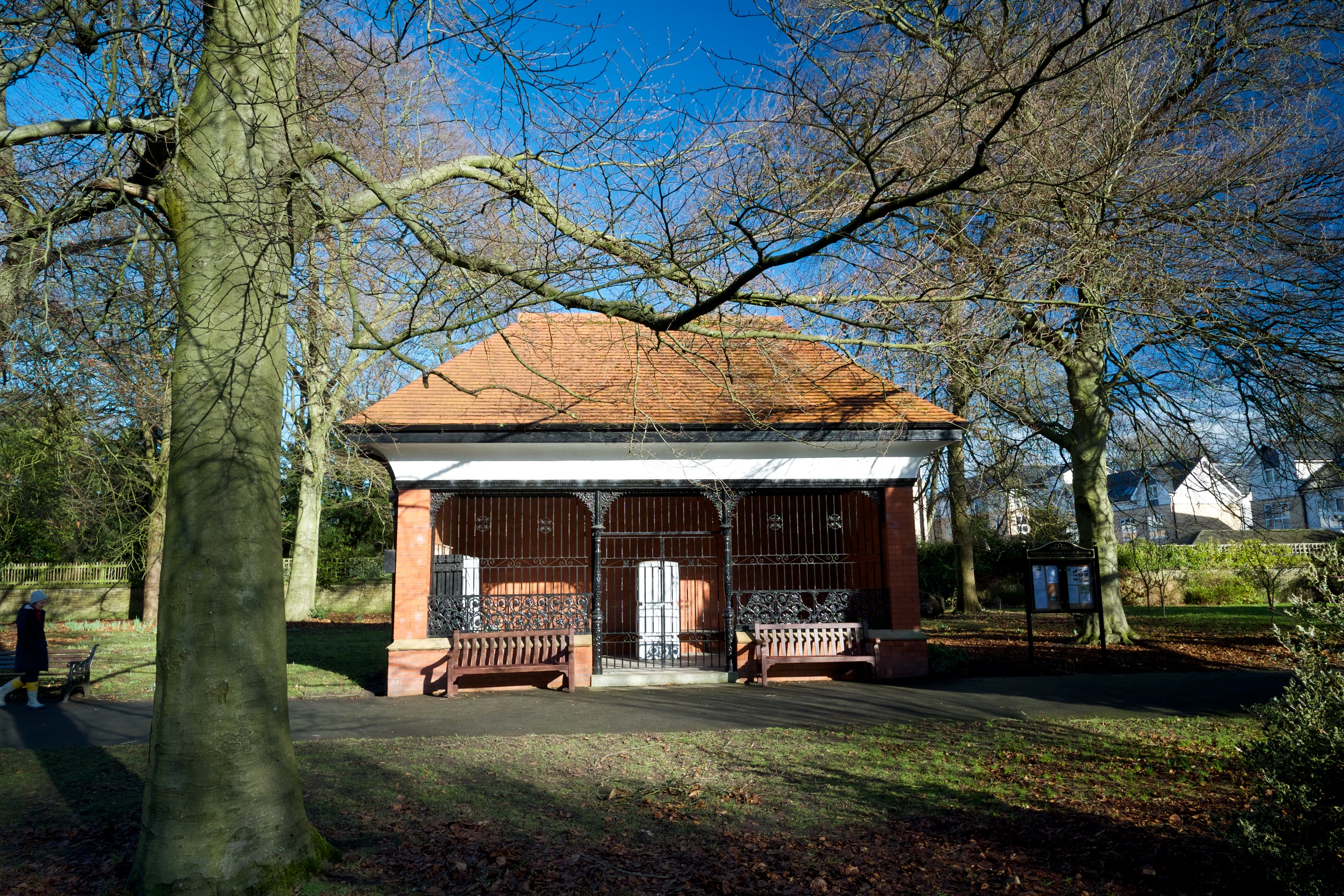 2        AIMS
2.1   To assist the City Council to preserve the integrity and character of Marie
Louise  Gardens in accordance with the wishes expressed in Josephine Helene
Silkenstädt’s Covenant of 1903.

2.2    To encourage the involvement of the Community in the use of the Gardens, and to act as a voice for local people and users of the Gardens.

2.3    To promote the Gardens’ arboretum as an educational resource for tree identification and awareness of the environmental importance of trees.

2.4    To enable and encourage events and activities for the enhancement of Marie Louise Gardens which are in keeping with the history, ethos and purpose of the Gardens.

2.5    To help promote a secure environment in which all can enjoy the benefits of the Gardens’ facilities, and to ensure that all access points are maintained and are in good working order at all times.

2.6    To encourage and promote good environmental and ecological practice at all times.

2.7    To protect, enhance and promote the wildlife and birdlife of the Gardens.

2.8    To make further efforts to obtain Conservation status for the area in which the park is located.

3.1    Whilst recognising that the prime responsibility for funding rests with Manchester City Council, to seek to identify other funding sources to secure an adequate level of funding to realise the aims of the Society.

3.2    Identify, through working with residents, Council employees, visitors to the Gardens, the Police and others, ways in which the Society may materially assist in the protection and enhancement of the Gardens.

3.3     Assist   Park Wardens and Management in identifying possible sponsors – to collect and distribute any donations and other monies to promote the aims of the Society.

3.4    To utilise any monies and funds received solely for the aims and objectives of the Society.

3.5    To comment on and contribute to the Improvement/ Restoration Plans for the Gardens and its built structures.

3.6    In furtherance of such objectives, the Society may:
(a)  Employ and pay any person who is not a member of the Committee to supervise
and carry on the work of the Society;
(b) Bring together in conference representatives of voluntary organisations, Government and Council departments, statutory authorities and individuals;
(c)  Promote and carry out, or assist in promoting and carrying out, research surveys and investigations, and publish the useful results of such;
(d) Arrange and provide for the holding of educational visits, exhibitions, meetings,
lectures, classes, seminars and training courses;
(e)  Collect and disseminate information on all matters affecting such activities and
exchange information with other bodies having similar activities;
(f)  Purchase, take on lease or in exchange, hire or otherwise acquire any property and rights and privileges necessary for the promotion of its aims;
(g)  Make appropriate regulations for any property which may be so acquired;
(h) Do all such other things as are necessary and lawful for the attainment of the
Society’s objectives;
(i)  The Society shall not engage in any substantial permanent trading activities in
raising funds for its aims and shall conform to any relevant requirements of the law;
(j)  The Society shall encourage participation by all sections of the Community,
egardless of age, race, gender, sexual orientation or disability.

4.1        Membership shall be open to all who are interested in furthering the work of the Society.

4.2       The rates of annual subscription for all the different categories of membership shall be such sums as set at the Annual General Meeting.

4.3       Annual subscriptions shall become due on the first day of May each year.

5.1      The Annual General Meeting of the Society shall be held at such time (not being more than 15 months after the holding of the preceding Annual General Meeting) and place as the Society may determine. At least 14 clear days notice shall be given in readable form by the secretary to each member. At such General Meeting the business shall include the election of officers; the election of full members to serve on the Committee; the appointment of an auditor or auditors; the consideration of an annual report of the work done by or under the auspices of the Committee and consideration of the annual accounts; and the transaction of such other matters as may from time to time be necessary.
5.2      The Executive Committee may call a Special General Meeting of members of the Society at any time, provided that at least 10 days notice is given. The notice must state the business that is to be discussed.

6          RULES AND PROCEEDINGS AT ANNUAL AND SPECIAL GENERAL MEETINGS

6.2      Each matter shall be decided by a majority of votes of members present and entitled to vote. In the case of a tied vote, the Chair of the meeting shall have a second or casting vote.

6.3     Minutes of the meetings shall be kept and the Minuting Secretary shall enter a record of all proceedings and resolutions in the minutes.

7.1     At the Annual General Meeting the Society shall elect an Executive Committee which
shall include a Chair, a Treasurer, a Secretary, a Minuting Secretary and such other
officers as the Society shall from time to time decide,and at least two ordinary members.

8.1     The Executive Committee shall be responsible for the management and administration of the Society.

8.2     The Executive Committee shall consist of the elected officers, and no fewer than two and no more than six elected individual members. In addition, the Didsbury Civic Society, the West Didsbury Residents’ Association and the Northenden Civic Society shall have the right to appoint one member each. There shall also be one ex-officio member, a representative from Manchester Leisure Services, who will sit in an advisory and non-voting capacity.

8.3     The Executive Committee shall have the power to co-opt further members who shall attend in an advisory and non-voting capacity and shall comply fully with Rule 12.1

8.4     In the event of equality in the votes cast at a meeting of the Executive Committee, the
Chair shall have the casting vote.
8.5     Nominations for election to the Executive Committee shall be made in writing to the Secretary at least seven days before the Annual General Meeting. Nominations must be of fully paid-up members, proposed and seconded by two other paid-up members, and the consent of the nominee must be obtained.

8.6     If fewer nominations are received than there are vacancies, nominations may be taken from the floor of the meeting.

8.7     Members of the Executive Committee shall be elected annually at the Annual General Meeting of the Society; outgoing members may be re-elected.

8.9     A quorum shall be five members of the Executive Committee.

8.10   The Executive Committee shall have the power to fill casual vacancies occurring between general meetings from among the paid-up members of the Society subject to Rule 12.1.
9         ELECTIONS

9.2     Only those members of the Society present at the meeting may vote.

10.1   The Executive Committee may appoint from time to time such sub-committees as may be thought fit in pursuance of the aims of the Society.

11.2  All cheques drawn on such bankers shall be signed by any two of the Chair, the
Secretary or the Treasurer.

11.3  The Executive Committee shall pay, out of the funds of the Society, all proper expenses
of administration and management of the Society.

11.4  After payment of the administration and management expenses, and setting aside to reserve of such sums as may be deemed expedient, the remaining funds of the Society shall be applied by the Executive Committee in furtherance of the purposes of the Society.

12.1   Any individual or group of persons who have, or may have, a current or future financial interest, direct or indirect, in the Gardens or its buildings, or in any contracted-out works whatsoever to the Gardens shall be required to declare their interest. An individual or persons with such interests shall not serve on the Executive Committee and shall relinquish any role in decision-making as regards Marie   Louise Gardens.

13.1   The Constitution may be altered at an Annual or Special General Meeting, provided that any such alterations are passed by no fewer than two thirds of the members present and voting at the meeting. The notice of the meeting must set out the terms of the alteration proposed. At least 14 days notice of such a meeting shall be sent by the Secretary to all members of the Society.

14.1   The title of all or any real property which may be acquired for the purpose of the Societyshall be vested in Trustees who shall be appointed by the Executive Committee and who shall enter into a Deed of Trust setting forth the purpose and condition under which they hold the said property in trust for the Society.

14.2   The number of trustees shall be no fewer than two and no more than four.

15.2   A public notice shall be given 21 days before the meeting which shall contain the wording of the resolution.

15.3   If a majority of two-thirds of the members present at the meeting vote for the resolution, the Society will be dissolved.

15.4   In the event of a dissolution of the Society, the available funds of the Society shall be transferred to another body with similar objectives.

15.5   On dissolution, the minutes and other records of the Sociey shall be deposited with the Local Studies Section of the Manchester Central Reference Library.

The Friends of Marie Louise Gardens1 week ago
Tree of the Month: Common Beech (Fagus sylvatica)

If the oak is the king of our English trees, then the Common Beech (Fagus sylvatica) is the queen. In contrast to the rugged oak, the trunk has smooth, silver-grey bark and is topped by a huge, domed crown with leaves that go through a range of colours every year: lime green in spring turning to dark green in the summer and gold or bright yellow in autumn. Beech nuts, produced inside brown, spiky husks and called mast, are small but edible and were used as a foodstuff by stone age man. Indeed, some people think beeches were originally introduced to southern England about 6000 years ago for this purpose. However, they are very bitter and best left for squirrels and other wildlife.
There are also several Copper Beeches (Fagus sylvatica v. purpurea) in the gardens, easily recognised by their bronze leaves. These popular trees are natural cultivars, selectively bred from occasionally occurring mutants, first recorded in Germany in the late 15th century.
The main tree pictured can be found by turning right on entering from Palatine road. It is labelled and is just before the path turns left before Dene Road West. There are also several near the Shelter, where the picture of the mast was taken, while the copper beech photographed lies between the Lodge and the centre of the garden.